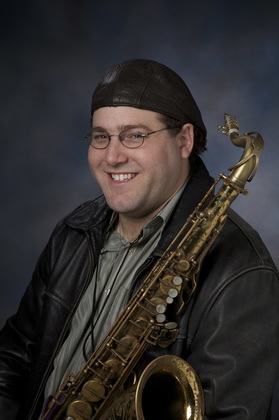 (Photo by Benjamin Borkowski)
Dr. Daniel Puccio is a Phoenix based composer/arranger, multi-instrumentalist and educator.  A musician comfortable in multiple genres, he has performed with such notable artists as the Temptations, the Four Tops, Chris Potter, Dave Holland, Jerry Lewis, Bernard Purdie, Jay and the Americans, The Tommy Dorsey Orchestra, and The Doo Wop Project. He is one of the original members of the Bobby Streng Saxomble, and is a prominently featured soloist on the group's premier recording, "Live At The Firefly".  Most recently, Dr. Puccio was a featured performer at the 2019 Amigos de Jazz festival in Santiago de Cuba. He is the founder of the Positivity Project—a series of mixed media collaborations using music, live video and dance. Additionally, Dr. Puccio has taken part in several shows at Phoenix Theatre, most notably performing on Tenor Banjo for 2017’s production of The Scottsboro Boys.
​
His compositions and arrangements have been performed across the Unites States by various collegiate and high school ensembles including the University of Michigan Jazz Ensemble, Mesa Community College Concert Band, and the Newberry College Jazz Ensemble, and The Moanin’ Frogs Saxophone Ensemble. His Jazz Mass (commissioned by the University of Michigan’s Lutheran Campus Ministry) premiered with the LOL All-Stars in 2007. Other commissions include Papa's Farm (a four movement dance suite) for the West Texas A&M Department of Dance Centennial, and Bone Portraits for the Herberger Institute for Design and the Arts. His compositions and arrangements for the world premiere of Charles L. Mee's soot and spit were nominated for a 2013 AriZoni Theater Excellence Award for best original score, and his music for Liz Duffy Adam's Dog Act has received a 2014 AriZoni nomination for the same category. soot and spit had its New York debut for the Our Voices Project as part of the New Ohio Theater’s summer festival in June 2017, and was awarded a New York Innovative Theater Award for Outstanding Performance Art Work in 2018. Dr. Puccio is also currently the arranger, and one of the founding members of the Sweet and Low Horns, a professional horn section that performs and records regularly throughout the Phoenix area.

As an educator, he has served as Faculty Instructor of Saxophone at the Interlochen Arts Camp, and as a clinician for the University of Michigan Jazz Festival, the Highland Jazz Festival and the Crystal City Jazz Festival in Corning, NY.  He has also been a featured guest artist and clinician with the University of Richmond's Cuban music ensemble and was recently invited to give a guest lecture Arizona MusicFest’s series, “Music Alive in Suite A-5” on the history of the banjo.

Dr. Puccio is currently a member of the music faculty at both Mesa and Chandler-Gilbert Community Colleges, and teaches privately at Desert Ridge Music Academy in Phoenix, AZ. He has previously served as the director of Sound and Recording for the Arizona State University School of Music, instructor of Woodwinds with Arizona State University's Sun Devil Marching Band, and was the Director of the widely acclaimed ASU Dixie Devils.

He holds degrees in Improvisation, Music Education, and Saxophone Performance from SUNY Potsdam's Crane School of Music, the University of Michigan, and Arizona State University. 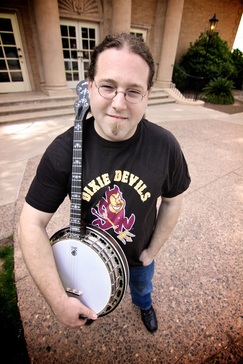